According to the company's research, it is decided that the 2022 Qing Ming Festival and the adjustment holiday will be from April 4, 2022 to April 5, 2022. To advocate the Qing Ming Festival for the employees of Moshi to worship their ancestors and mourn their deceased relatives, Qing Ming every year, and lovesickness every year. 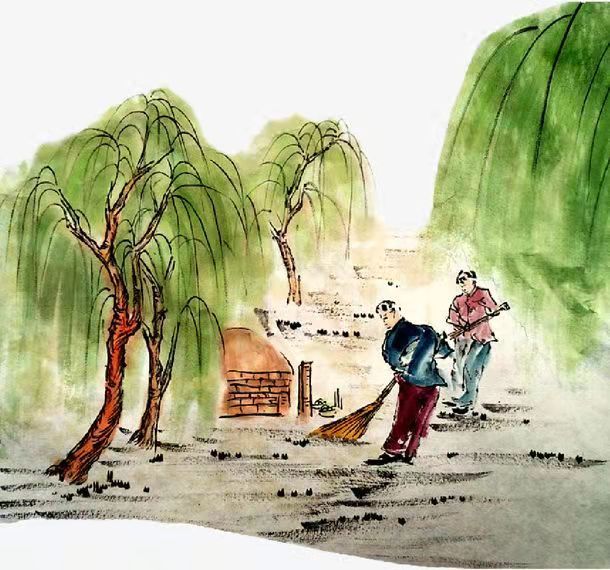 There is a lot of rain during the Qing Ming Festival, and pedestrians on the road want to break their souls. If you ask where there is a restaurant, the shepherd boy points to Xinghua Village." Du Mu's "Qing Ming" must be familiar to many of our friends.

It describes the festive scene of the Qing Ming Festival. Qing Ming, together with the Spring Festival, the Dragon Boat Festival, and the Mid-Autumn Festival, are also known as the four traditional festivals in China. For Qing Ming, we may know that it is one of the twenty-four solar terms, and     it is also a legal holiday of the country.The customs of Qing Ming Festival are rich and interesting. In addition to paying attention to the prohibition of fire and sweeping graves, there are also a series of custom sports activities such as outing, swinging, Cuju, polo, and willow insertion. According to legend, tomb-sweeping on the Qing Ming Festival is because the Tomb-sweeping Festival requires cold food and no fire. In order to prevent cold food and cold food from hurting the body, everyone comes to participate in some sports activities to exercise. Therefore, in this festival, there are both sad and sad tears for sacrificing new graves, life and death, and laughter of outing and playing. It is a unique festival. 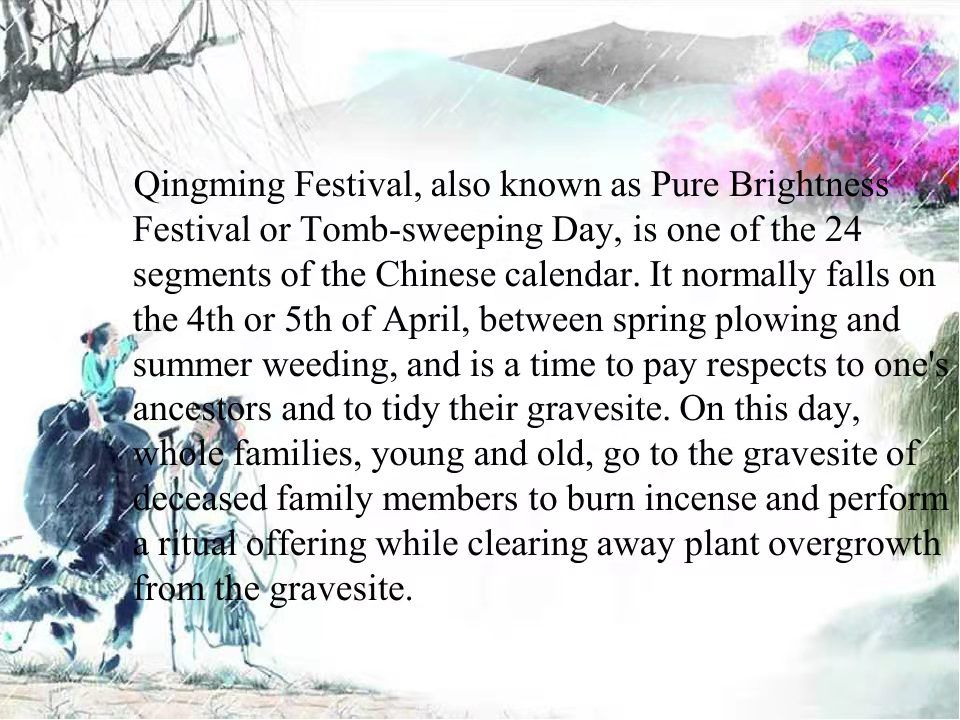